the deplorable rightness of nature

Black gum leaves in the first photo; a red-tailed hawk and northern watersnake black rat snake locked in combat for the rather more dramatic second haiga. Both snake and hawk lived, as far as I know. I had to move them in order to drive past, so I turned the hawk over with a stick and as soon as both wings were free, it flew very unsteadily off, and the snake headed for the stream at top speed. I suspect the hawk had been badly bitten (painful, but not venomous) and perhaps suffered a concussion when it hit the ground. It wasn’t moving when I discovered them.

I went for a twelve-mile walk to shake some thoughts loose, and the two haiku came as a pair just before I got back to the car. It’s a useful challenge, I think, to hold two competing ideas in mind without favoring one or the other: that life is duḥkha, and that our sense of order and beauty ultimately derives from nature.

the first pink sprig
of a snake’s tongue

This garter snake was out right on top of the windy ridgetop two days ago, and as I long as I watched it, it did not in fact flick its tongue at me. So that first will have to wait. 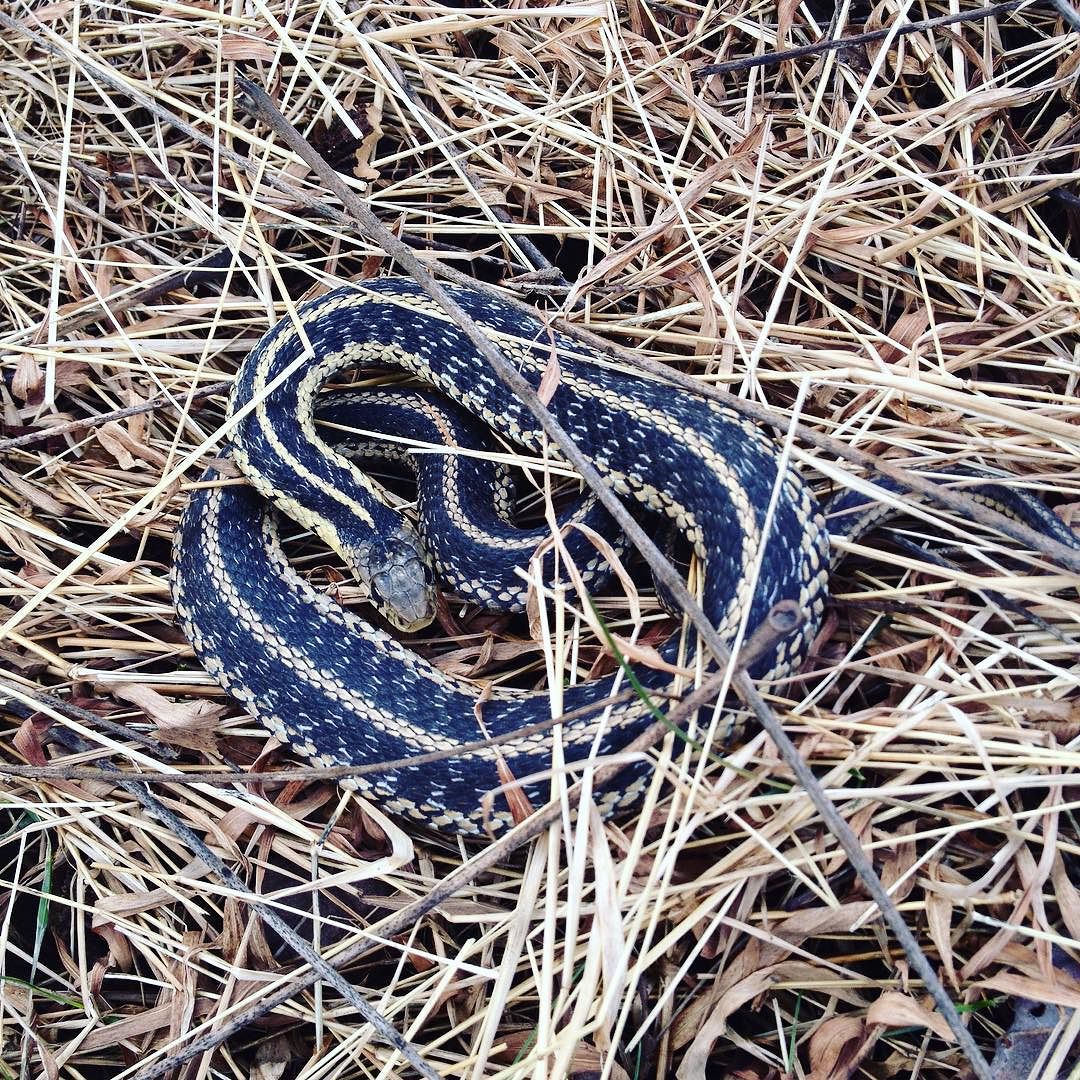 the first arabesque of a new wild. 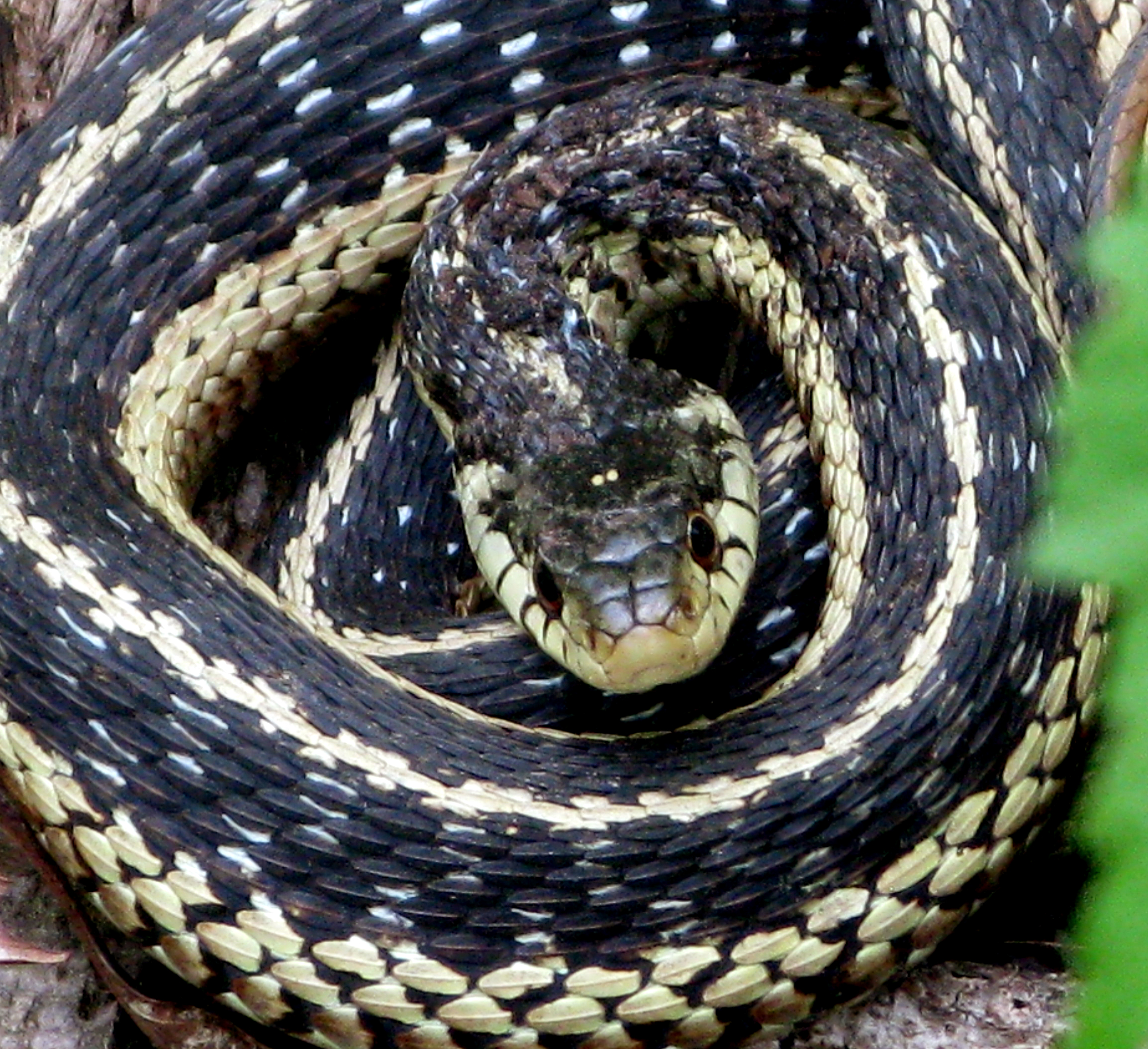 wanting and not wanting
to stroke its scales